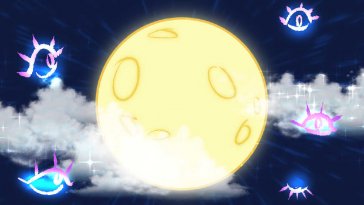 The Moon and the Eyes.

A couple of weeks ago an update with the eyes has been rolled out. Because I am largely disinterested in writing news properly, it was announced with a picture:

The eyes represent 1 (one) eye of every viewer cloned into the database at the moment of eye contact with any particular entry from the books or this diary.

After the last full moon, the scent of nostalgia in the air was too thick. Something had to be done about the moon. It was a fine addition to the house and, I think, Travis was the only one who had any idea why we needed it back then, so he repaired it and put it back in place.

When the house blew up, everything was broken, the Moon shattered and became nonfunctional. This was the reason why everyone had to rely on the text based interface for awhile.

Seeing is better than reading when you have to discern between completely different story pages which have ridiculously similar names: 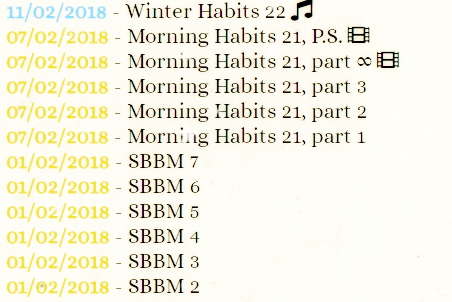 Anyway, since the Moon had always been a transceiver, it can pull latest pages from the log just fine, and in addition provides quick access to the library, and the Green. It's attached to the outside of the house, where you can see it in the open. It's accessible from within as well.