It is official. DreamDB's Facebook page is a zombie now. I announced its death and pinned this to the top of the page: 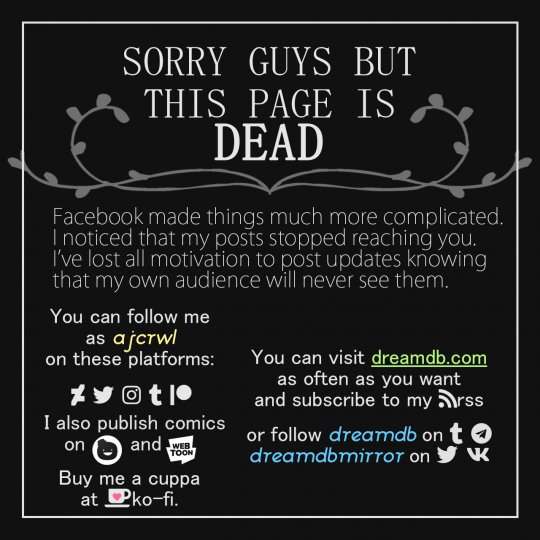 Honestly, let it rot. Just look at the stats. The page has nearly 2800 likes. Okay, not all of these people will actually see what I post. But this is the real number of people who see my posts across a few months: 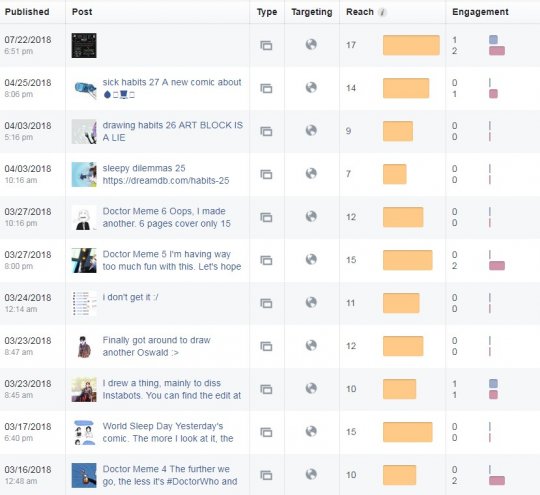 This is pointless. POINTLESS.

Finally I found time to restore old pages from DDB, which were made years ago, depended on a really outdated piece of code. I thought the would be a pain in the ass to remake, but all of a sudden last years of coding socks and whatnot flexed their skills, shoved my fears aside and I reanimated everything in two days. And, I mean, literally reanimated. Took old assets, ported them into other software, recreated frames, rewrote code. They're all fresh and new. For now.

Evil spirits of coding have possessed me again, we spent a few days hanging out and conjured a beast. That is the STICKER PICKER. Das right. Everything is explained on that page. Basically, I didn't expect that people would want to pick different stickers from different themes and offering only pre-made sheets was clearly limiting as fuck to you folks. So I decided to give you an opportunity to combine a sheet from whichever ones you want. You can also buy pre-combined sheets and individual stickers from that page.

I've decided to stretch my grabby arms and occupy some space on Webtoons. I hate that it allows only jpegs, and only 800 px wide. But I love how even those few pages I uploaded immeadiately got some attention. That's awesome! I started with adapting Habits, but I guess all of my stuff will be found here.