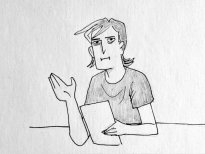 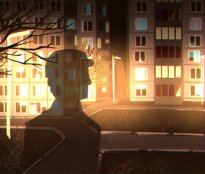 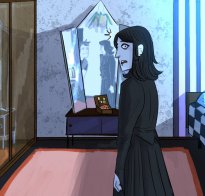 My laptop broke in June. Old Windows 7 erased at least a half of its files and is beyond recovery now. It took me almost three weeks to restore my personal files and set up the new system. I couldn't draw or do anything all this time. In addition to everything I hurt my arm and couldn't use it much, so sitting at the desk and working was not an option. Sigh.. This year just can't stop being absolutely shit, eh?

My new set up seems to be working fine now, so does my arm. So when I got a chance to use my laptop again I decided to do a few necessary changes in other areas.

First of all, I unlaunched my Patreon. Fuck those guys. The first email I got after unlaunching the page (apparently this doesn't take you off of creators mail list) was all like "If you’re sad, or tired, or just feeling low that’s okay. We are too. And when you’re feeling low, it’s easy to lose sight of what you’re doing or why" (literally, it's a quote) and then immediately went: "Make a value-driven business plan", "180% patron growth", and, in case you forgot, latest addition to this hell - Sales Tax! FUCK. THOSE. GUYS. I wonder how many people just ignore these emails and use the platform anyway. They started stressing me out, so I'm not going to re-launch my page until there's a queue of people demanding to throw money at me. Meanwhile, you can donate on Ko-fi.

Second, I did a few changes under the hood of the website which are hard to explain, but they were very much necessary. Like, I changed the way it counts eyes on pages.

Third, I was thinking about making another mirror for the website on ComicFury, but I've got neither the time nor mental strength to copy over 300 pages with all the code, so I made a very smart redirect which will still let people subscribe on CF and give us some visibility on there, This was another coding thing, but at least I can explain it somewhat.
UPD: ok, comments aren't working as intended for now, but I'll figure something out.

Fourth thing, I think I'm going to start posting dreamDB as text just to get it out of my system. I decided to take a break from drawing updates for the summer anyway, so this is a good chance to sit down and do some writing. I think I'll post it both here and as a novel on Tapas. I have a couple more ideas about how it will be done, a hint: once again nothing will be simple. One issue with this though: I don't think I will translate texts to Russian, at least not until I have to put them in the comic.

That'll be all for now.